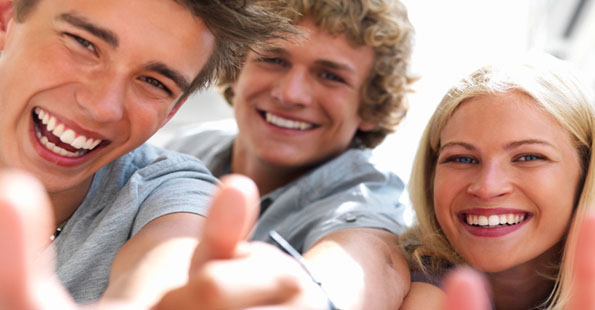 Netflix and other subscription VOD services account for 2% of UK video consumption; 4% for 16-24s
YouTube accounts for 3.5% of UK video consumption; 7% for 16-24s
TV accounts for 81% of UK video consumption; 65% for 16-24s
‘Truth about Youth’ study explains how and why young people’s video diet is different
‘Boredom-busting’ is a key motivation for watching online video
London, 16 June 2015: As new forms of video evolve and expand, younger people’s changing video lives have been revealed by new research published today.
The ‘Truth about Youth’ study – by youth research specialists Platypus, commissioned by Thinkbox – shows the new attitudes that younger people have towards their video consumption.
Part of the study was an analysis by Thinkbox of total video consumption in the UK – from TV viewing to online video services such as YouTube, DVDs and subscription VOD (SVOD) services like Netflix. Using UK industry data it shows how this generation of 16-24s’ video diet differs from the UK average: The analysis has shown that TV viewing (live, playback and the Broadcasters’ VOD services) dominates the video viewing of all ages; however this generation of 16-24s has a more varied video diet, with TV accounting for 65% of their total video viewing compared to the UK average of 81%.
Part of the reason for this difference is explained by the fact that 16-24s are the biggest fans of watching video on new screens, such as tablets and smartphones. 30% of 16-24s’ video viewing is on these devices – double that of the average individual at 15%.
The Truth about Youth
Using a mix of feedback from online communities, ethnographic filming, and filmed depth discussions, the qualitative analysis looked at how 14-24s consume different forms of video. It explored the various roles that different forms of video content play in their lives, the impact of life stage and situation on viewing behaviour, and perceptions of different forms of video advertising.
The study identified three interlinking aspects which have a significant influence on how younger people consume video: ‘Time & Space’; ‘Identity’; and ‘Social Maintenance’.
Time & Space
14-24s have more free time than most and so have a broader spectrum of video viewing that stretches from highly immersive viewing to boredom-busting.  TV content plays a role across the whole spectrum, as do SVOD services like Netflix for some. Online video like YouTube tends to sit further along the spectrum as an easy way to kill some free time.
This age group is often constrained in terms of access and control of the main TV screen, with competing demands from parents, siblings or friends in shared accommodation.  This explains why 16-24s watch more video on devices such as tablets and smartphones.
Identity
From the age of 14-16 young people are forming their identity, trying to determine who it is they want to become. As a result, during this time they are very keen to connect with people of a similar age, who they can relate to and take guidance from.  The emergence of Vlogging has been extremely effective at satisfying this need.
There is also a desire to learn among this age group, not just out of interest, but for practical purposes: to play the guitar, apply make-up, become a good cook or learn to dance. The wide variety and flexibility of short form video content serves this need well. TV also plays an important role, but often at a more aspirational and directional level – hence the ability of a show such as Channel 4’s ‘One Born Every Minute’ to drive applications for midwifery courses.
Social maintenance
This comes in two forms: physical and virtual social maintenance.
Physical social maintenance is a fundamental human need. People like to spend time together, share things together, and find points of commonality.  TV plays a very important role in this area, for maintaining connections with both friends and families. TV brings people together, through a shared passion or entertainment.
Virtual social maintenance is a newer phenomenon that has been turbo-charged by the rise of social media. It helps explain why younger people in this study claimed to feel so short of time despite being so time-rich. Alongside having to maintain their profile in the real world, they have to be continually active in the virtual world, to maintain the persona they want to portray. Short-form online video plays an important role here as a currency for gaining kudos amongst friends. TV is also active here as social media allows people to virtually share the experience of watching their favourite shows and use TV as a form of social badging and self-expression.
What’s next for this young generation?
The ‘Truth about Youth’ study offers indications of how this generation of 14-24s’ video consumption will develop as they grow older:
Attitudes to advertising
Younger people’s perceptions of advertising are broadly similar to the wider population. They like advertising they find funny and entertaining, and they claim to avoid advertising across all forms of media, yet are able to talk easily about their favourite ads, almost all of which are audio-visual.
However there are some aspects of advertising that are disproportionately important to this age group. They are more likely to favour advertising featuring personalities they relate to. And they are more rebellious and do not like being told what to do – the hard sell is much less welcome.
Matt Hill, Research and Planning Director at Thinkbox: “There has been an immense amount of speculation about how younger audiences are watching TV and newer forms of video. This research shows that newer forms of video have important roles to play in young people’s lives and that TV remains by far their favourite medium. Different video fulfils different needs and they co-exist happily.”
Joanne Cliff, Platypus Research: “By examining the media habits of this diverse age group in the context of their everyday lives we have gained an enlightening perspective not only about the role of different forms of media for young people but also the specific needs of this age group that are being met in a very different way to other age groups.”
> En savoir +