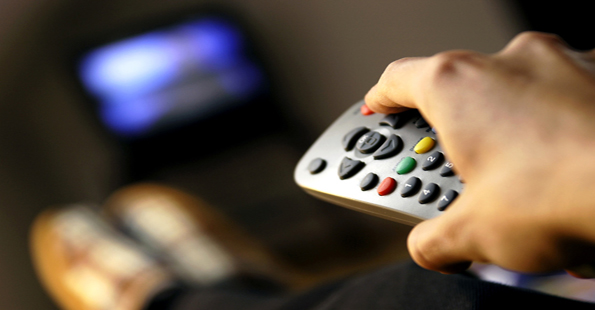 The television has long been the cornerstone of living rooms across America, but industry adversaries say that we are moving away from live television viewing, to a world of Internet-delivered on-demand content. However, according to new research from BroadStream Solutions, Inc., linear (scheduled) TV is still overwhelmingly the preferred method for watching TV, with 84 percent of U.S. adults who watch television, opting to tune in live for their favorite programs and events.The findings additionally revealed that very few Americans want to watch on smaller screens with only 1 in 50 (2%) preferring to watch on tablet devices;1 in 50 (2%) on mobile phones;1 in 25 (4%) on desktops; and 1 in 14 (7%) on laptops.

“The range of services and options now available to consumers certainly gives them the opportunity to consume TV content in new ways, but the focal point of the living room is still the TV,” said Manish Sachdeva, CEO of BroadStream Solutions. “Americans are still getting together with family and friends to watch TVmore than any other viewing option, with 81 percent opting to sit around the TV to watch.Another eight percent will choose to watch TV in their living room, but are also watching other programs on their mobile or tablet devices – signaling that the second screen is still just a complimentary device.”

As part of the detailed report, BroadStream commissioned research firm YouGov to study how the television consumption habits of Americans have evolved over the past decade, finding that while behaviors may have shifted in how content is viewed, uptake across new technologies and devices is still quite low. In the past year,7 in 10(71%) Americans have watched live TV; while only 26 percent have watched a video on demandservice (i.e. digital video recorder/DVR) from their cable provider; 34 percent have watched an on-demand Internet streaming service (i.e. Netflix;) and only 9percent have used a digital media playing service (i.e. Apple TV.).

“What many in the broadcast industry have forget regarding linear TV is that everything evolves from traditional, scheduled playout – consumers record shows from it and there is no DVR without it,” said Sachdeva. “Linear TV is also a primary source of cost and revenue for almost all broadcasters. While over-the-top services like Netflix are creating their own content, the bulk of the content these services offer still comes from traditional broadcasters and started life as a scheduled TV broadcast.”

Research Methodology
All figures, unless otherwise stated, are from YouGov Plc. Total sample size was 1,067 adults. Fieldwork was undertaken between March 10th – 12th, 2014. The survey was carried out online. The figures have been weighted and are representative of all U.S. adults (aged 18+.)

About BroadStream Solutions
BroadStream Solutions (www.broadstream.com) is a broadcast solutions provider specializing in the playout of linear television channels and news production tools for global broadcasters, systems integrator and technical partners. Built on foundations of development expertise and dependability, we always offer our clients peace of mind. BroadStream’s vision is to become the #1 linear television playout solutions provider in The Americas, and to better serve our customers by offering pioneering technology and delivering industry-leading customer service.